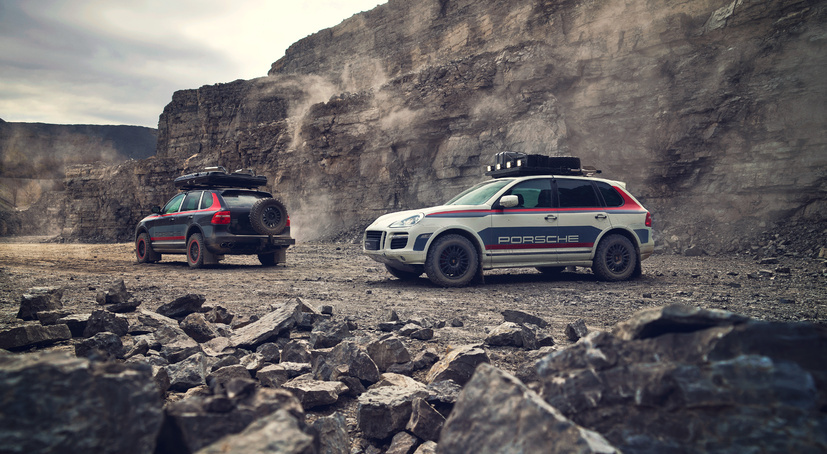 If you are looking for adventure, you don’t have to hide. That’s why the “Adventure” decal set features strong colour accents. With a wrap in Indian Red featuring contrasts in Grey. The “hockey stick” design extends up to the D-pillar and enhances the sporty impression. Just like the “PORSCHE” logo, which is cut out to make your vehicle’s paint colour visible.